The Grosvenor hotel has long been a prominent member of Stockbridge High Street. Easily identified by its iconic 'porte-cochère' or ‘coach gate’, The Grosvenor and its distinctive porch once provided arriving and departing carriage-occupants protection from the elements, whilst luggage and travellers on top could enter the building by, what was, the high-level door. The old market-hall, now incorporated into the fabric of the Grosvenor Hotel but still quite easy to identify, was the scene of the last flock master’s dinner in 1932. It was named after Lord Grosvenor when built in the early 19th century and has been a popular escape ever since.

History of the Grosvenor Family

The Grosvenor's family history can be traced back almost 1000 years to the reign of William the Conqueror. Robert Grosvenor, 1st Marquess of Westminster (pictured on the right), was the son of Richard Grosvenor, 1st Earl Grosvenor. He was born in 1767 and was educated at Westminster School, Harrow School and Trinity College, Cambridge before becoming an MP in 1788. Grosvenor worked hard to expand his family's estate, rebuilding their home in Cheshire and expanding with land in London, Shaftesbury (Dorset) and Stockbridge (Hampshire), where he built the hotel. It is believed that the hotel was built from 1822-1825. Stockbridge was important to Grosvenor because of its horse-racing, one of his interests.

His estate was then left to his son, Richard Grosvenor, 2nd Marquess of Westminster. He also enjoyed horse-racing, as well as hunting and fishing, pastimes for which the Grosvenor is known. In 1877, the hotel was purchased by Tom Cannon, Clerk of the Course at Stockbridge Racecourse and a successful jockey and trainer of the time.

The Grosvenor Hotel is steeped in horse racing history. Stockbridge Racecourse (shown on the left), closed in 1898, was the Ascot of its day in the mid 19th century when the racing cognoscenti descended on Stockbridge for a week in June each year. In fact the Grosvenor Hotel was until 1898 the home of the famous Bibury Club. Stockbridge Racecourse was originally on Houghton Down but moved to Danebury in 1839. It was respected as one of the best in the country and was visited regularly by the royal family.

The Bibury Club was founded in 1792 and put on races at various courses around the country before moving to Stockbridge in 1831. A specific grandstand was built at the racecourse for Bibury Club members and also doubled as a Roman Catholic chapel. The Bibury Club was an exclusive, private racing club for the high society of England with select members including some of the most powerful and influential royals, aristocrats, and statesmen of the time. Bibury Club meet rules insisted that horses could only be ridden by their gentlemen owners! This stood until they realised that lighter jockeys could increase the speed of the races.

Unfortunately, the racecourse was closed in 1898 as the woman who inherited the land was against horse-racing. The Bibury Club were forced to move their base to Salisbury Racecourse. However, the gallops remained largely untouched as Danebury returned to a private estate, and they were used for Spitfire testing during the war. The Bibury Club room in the hotel is now used by members of the Houghton Club.

One of the notable residents of The Grosvenor Hotel was Tom Cannon, horse jockey turned trainer. For most of his riding career he worked at a yard in Danebury, very close to Stockbridge Racecourse. He was extremely successful, riding 1544 winners and taking the jockey's championship in 1872. He also won the Grand National as a trainer in 1888 with Playfair.

In later life, Cannon became Clerk of the Course at Stockbridge. However, the demise of that venue, which closed when part of the land it lay on passed to a lady who disagreed with horse racing, also spelt the end of his training career, given Danebury's proximity to the course. He then purchased the Grosvenor Hotel, Stockbridge, Hampshire, where he lived out the remaining years of his life.

Cannon lived out the rest of his life at the Grosvenor and even died there in 1917 after a long illness. He left his estate, worth £5,306 at the time, to his son Ronald Portland. To this day the Danebury Room (now the dining room) features many of Cannon's winning horses. These are beautifully etched into the wood-panelling of the room. 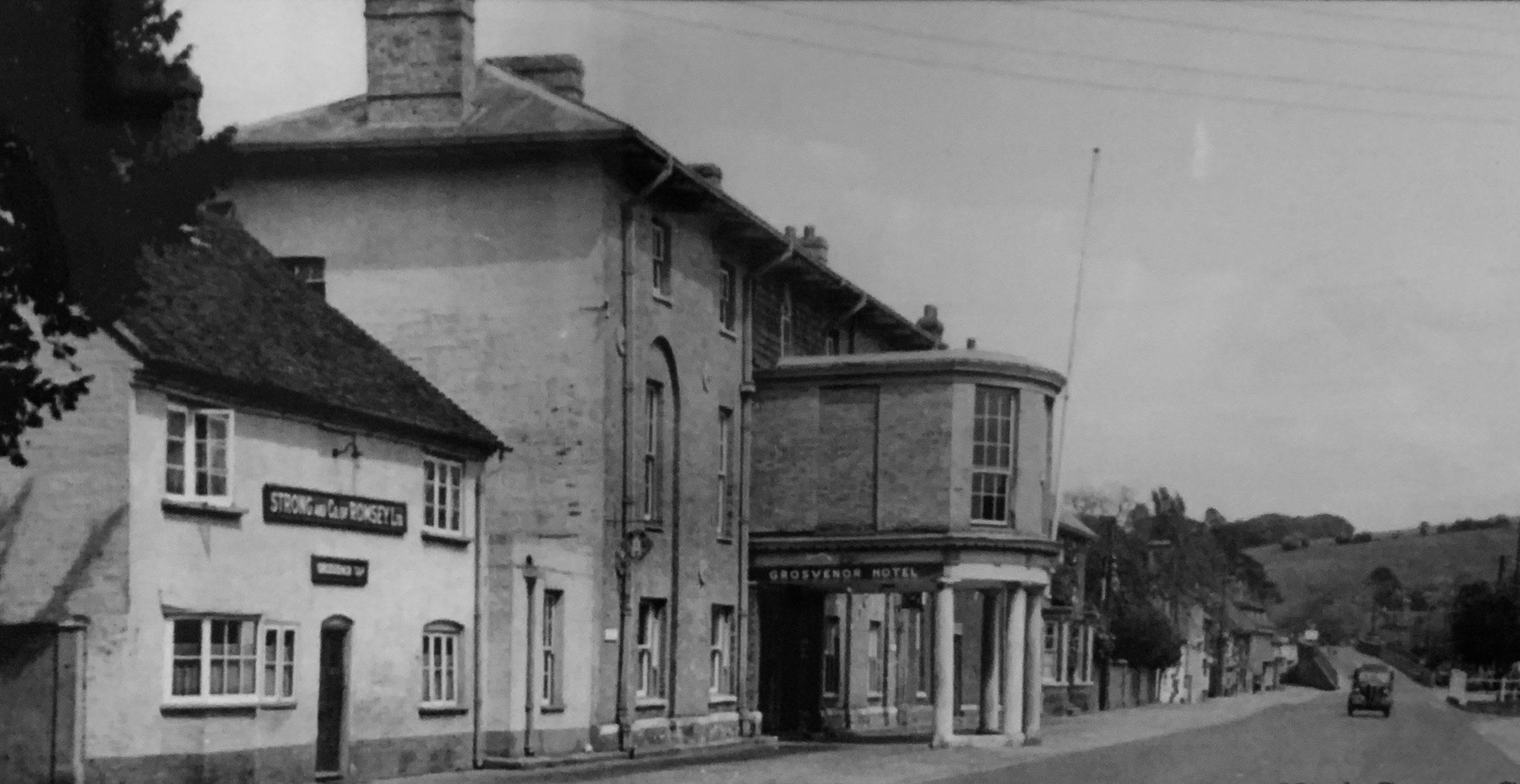